98 containers of explosives that were being stored for 2½ years in the sun self-detonated on the Evangelos Florakis Naval Base near Zygi (CYPRUS). 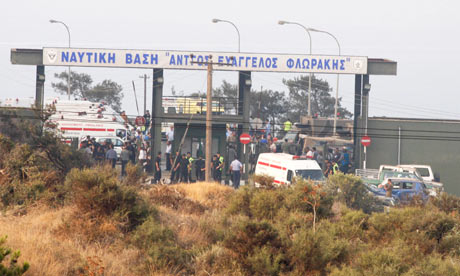 As a result, much of Cyprus was without power in the immediate aftermath of the incident and rolling blackouts were initiated in order to conserve supplies.

The Cypriot Defence Minister and the Commander-in-Chief of the Cypriot National Guard both resigned.

Angered by the government’s failure to dispose of the munitions, which had been seized in 2009, several thousand citizens staged demonstrations in the capital Nicosia and other cities, every day in the week following the accident.

The EU prognosticated that the cost of the explosion could be just over 10% of the country’s economy.